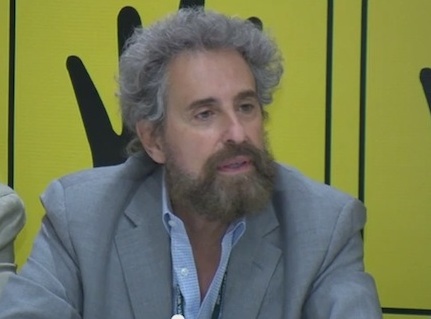 In response to a request for an opinion regarding the two Afghan lady judges murdered yesterday in Afghanistan.

Hi Terry, is this a trap?

Coincidentally I had breakfast just now with a young Afghan man whose father was a Mujaheddin, hill fighter, first against the Russians, and then against all-comers.

As the father of three girls and as a rational human being I abhor all violence of any kind including against women, children, and all living creatures. However in reply to your question I, first of all, like to consider the points of view of all those I meet who can give me some sort of a true perspective of the background to what happened.

Suleiman, my young friend, who is a very laid-back person with a good sense of humour, very respectful generally, loves his sister, mother, and grandmother. His comment is to ask me to understand that these people have lived in a culture equivalent to ours of 2 to 300 years ago, up to the Russian invasion, and in many areas still do. He then, amazingly tells me that much of the violence in rural Afghanistan, although carried out by men and youngsters, are instigated by women.

I know and have witnessed the stoning by angry women in Moroccan streets, of any Zemen(passive homosexual men) mad enough to dress up as a woman and flaunt himself. You see, it seems that these societies are defending themselves against outside influences which they consider dangerous or evil.

I purely comment as an observer, totally unbiased but with a willingness to see all points of view, although by this juncture I can imagine that you are beginning to be annoyed. What I experience is that women in, less advanced countries are slowly emancipating themselves, due primarily to the onset of technology and the availability of education, and becoming less enslaved to their traditional place in the family and society. If we invade and want to radically change countries and nations and peoples, just because it suits the higher economic echelons of our, decadent, Western society, it will only have the effect of egging these people on to defending what is theirs, right or wrong, and let me tell you, that as prolific in the fight against the invader as the boys and men are the women.

The arguments on both sides come thick and fast:» We need to progress relentlessly as a race and reach the stars before our planet is destroyed by a supernova or a rogue asteroid,» or «I prefer the traditional Arab toilets as the squatting is much healthier,» or «In Spain, 75% of normal boys in the classroom are accepting homosexual romance as being their only road to a sex life,». Societies need to be evolved individually, not under the jackboot, or at the hands of some mad Obama type sending out the killer drones to wipe out peripheral communities all over the world, on the gleam of suspicion by some inept idiot in the CIA, and calling it peripheral damage if any complete community is erroneously exterminated.

And this is the appendage that the western world would select for the callous murder of these lady judges, peripheral damage, except that as the judges were part of the drive towards western-style globalization of all peoples, and they see fit to use it as good publicity for their cause, it has ceased to be such and is now a heinous crime against civilization.

And meanwhile, in the west bank of invaded Palestine, a young boy named Ali agonises in the dust, shot twice in the belly by a keen Israeli girl soldier of the IOF. It was his first time at a peaceful demonstration, he was just a little boy who disobeyed his grandmother and went, to understand why. The ambulances are not allowed through and some of their drivers are often assaulted by Israeli soldiers, so little Ali must cry his last tears and have his last glimpse of the sky of Palestine lying here on the dirt road? And every day a child is shot here in Palestine and only Ireland, Pakistan and the United Nations stand up and protest, while the media of the western world including the, now biased, BBC, turn a blind eye.

I began to see Stanley Cohen’s many, and always interesting tweets, and began to develop a mental picture of an unusual and charismatic man who invariably spoke truth.

Truth, these days seems to have become a hybrid and escapable quality that varies according to whom you may or may not wish to be disliked by. Personally, I have always loved the adage «A spade is a spade,» and for the world to vary its traditional ideas and definitions to suit a few radical minorities, can only, and could only have dire consequences, further complicated by the fact that politicians and big business as all those with a vested interest in whatever, are delighted to lie through the teeth, repetitively. And to crown it all you have the actual social media where all these «expressions of dire consequence» are actually advertised, and the resultant Babel that results is surreptitiously controlled by a proprietor whose politics and varied interests may not be to the general benefit, and who has no right morally or otherwise to impose his criteria by censorship, of articles or individuals.

I had, however, been absorbed by this social media system, I ofttimes considered that it was a form of mental cancer and shied away in alarm given that I was discovering more and more evil in more and more people.

But there was light in the darkness, there were individuals who shone. But amongst them appeared a strong light that was ever-growing in its brilliance. This man, a man from New York, a lawyer, who called himself a «Self Loathing Jew,» a term that I found amusing because I realised that this man was truly a Jew, but one of those people of worth and valour, that throughout history had bettered the lot of mankind. You only need to glimpse into the world of science and the arts to see the prominence and abundance of Great Jews throughout history.

But something happened, and today the Jewish nation of Israel is involved, and has been for decades in an evil mission of Genocide against the people of Palestine. And this is what this great Jewish New York Lawyer hates and fights day in and day out. Stanley Cohen is the defender of this oppressed people, he is the defender of the little thirteen-year-old lad Ali who was shot to death in the stomach by an Israeli girl soldier, simply because he was demonstrating against the invasion of their country. Stanley is the defender of all the little girls and boys who go out each day and try to face the invading hordes of Israelis who are financed with the taxes of the people Of the USA, the land of hope and glory, who come to demolish their houses, raze their fields, uproot their olive groves, beat up their old men and women, and imprison the young and able allowing them to perish within their places of incarceration, of deadly diseases including Covid-19, with no relief, as the government of Israel will not allow them to be treated or vaccinated. Mr. Cohen is the champion of these brave people, and has also taken it upon himself to champion other similar causes, such as that of those suffering under an evil and dictatorial Egyptian military regime.

The irony of all this is that Stanley Cohen is a Jew, and one of the main evils he has dedicated his life to fight, is the State of Israel and Zionism in their current and implacably evil war on the defenceless people of Palestine.

It has had a wonderful effect on my life to discover that such a man exists. I had always believed that it would be on the day that those legions of shining people, who I think exist amongst us, stood up to be counted, and said «No» to evil. That the world would be a wonderful place for our children and our children’s children. For me Stanley Cohen is one of the biggest of the great people I have stumbled across in my journey, a journey which has always been blighted by the question of why Evil should be allowed to exist so manifestly, when the sheer will of the people who shine as does Mr. Cohen in his valour and selfless defence of the undefended of the planet, be sufficient to halt the powers of evil and the eventual destruction of our home and planet.